Skip to content
I have always wondered why there is such a melodrama associated with the presentation of Budget.
A Budget is nothing but a PLAN of funds. It shows the Source of Funds versus the planned disbursement of the same.
Anyone who has worked in the Corporate world and has been in higher positions know that the annual reviews always include the scrutiny of the Budget made for the year versus what has been achieved. This is followed by the budget for the next year… a plan.
I have yet to come across any presentation made by any Government of India, irrespective of which political party they belong to, which has displayed the achievements made against what was budgeted.
The only takeaway that a common man gets during any budget presentation is the taxation part.This gives him a general idea of how much he would be saving at the end of the year and that too provided no new taxes are introduced within the year, which mostly happens too.
Beyond that, it is just about “Hum Ye Karenge”… “Hum Wo Karenge” with no relation to “Last year humne ye plan kiya tha aur ye hua”…. nothing but pipe dreams with no relevance.
So rather than looking at the dreams being spread once more through the budget presentations which will be made, how about we look at the achievements on this Government led by Modi, in the past 3 years and 7 months in the various areas, versus their claims and try and compare them with the previous Governments (UPA1 and UPA2).
Economic Development:
GDP (Gross Domestic Product):
2004: $699 Bn
2009: $1323 Bn
2014: $2035 Bn
2017: $2439 Bn
The GDP of India grew by
$624 Bn during UPA 1 ($124.8 Bn avg per yr)
$712 Bn during UPA 2 ($142 Bn avg per yr)
$404 Bn during Modi Sarkar ($112 Bn avg per yr) 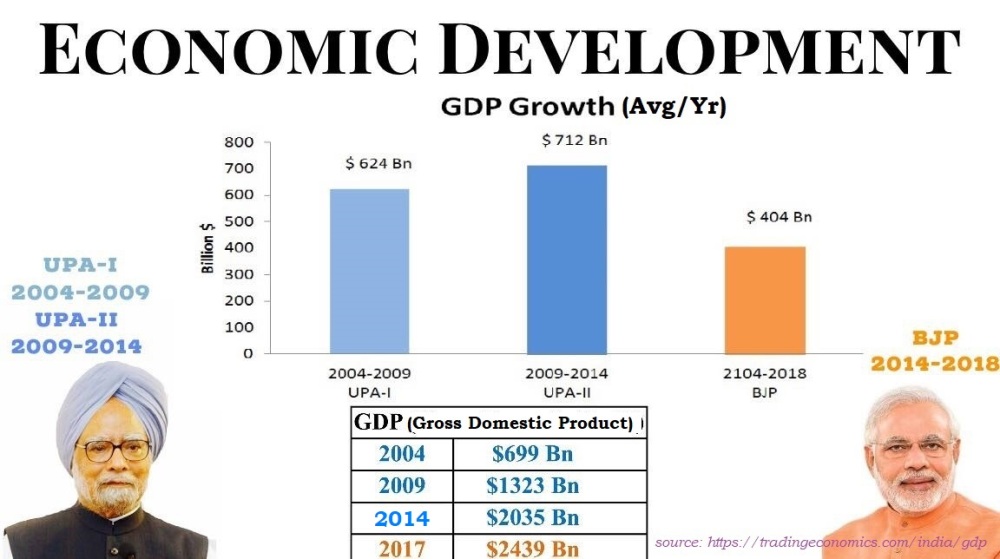 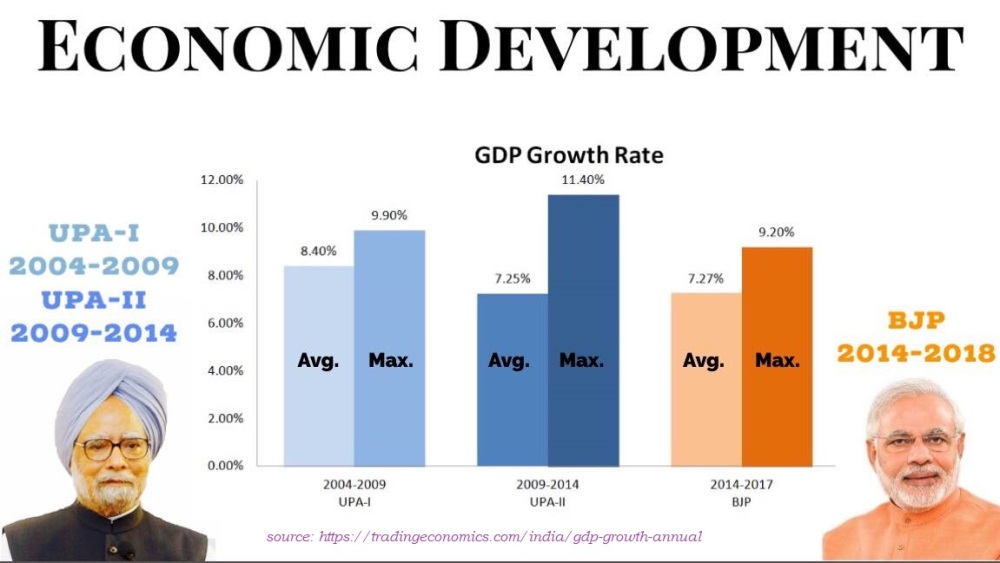 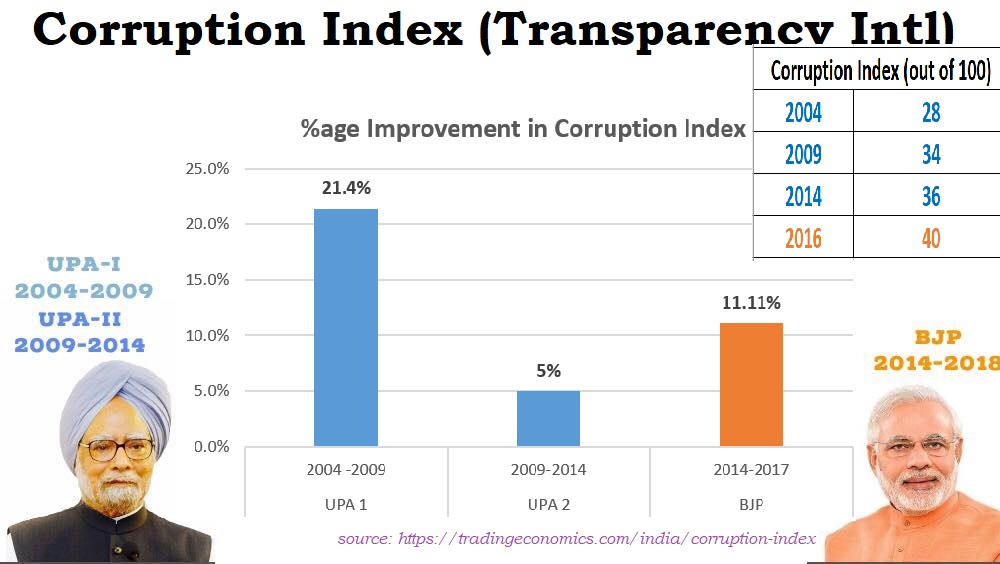 It is worthwhile to note that the Corruption Index (as an average) has not slipped down even during the UPA 2, which is rather surprising considering the UPA 2 is called one of the most corrupt Governments ever.
Btw, the Corruption Index is points out of 100. So 40 points out 100 is nothing to boast about. India still remains one of the most corrupt countries in the world.
————————————————————-
While, we, Indians, do understand that we are a Corrupt nation, we do have a wish to try and eliminate this evil from our society. And this can only happen by transparent and accurate information being passed on by our Governments to us.
The attempt of this article is to give a fair idea to the readers as to how the various Governments have performed.
The figures can be verified from the sources cited in the article and are as true as the Government Agencies wishes them to be true.
While the budget forms an important part of the review structure, an analysis of the performance versus the last budget is a must.
We do need to know if the Taxes collected from us are being put to use, if yes, in which areas are they being used and what have been the developments carried out for our benefit from our taxes.
Disclaimer: To those guys who read the last part of my posts first. This is a long article but it had to be so to present all the facts in a proper manner. Do read this in your own sweet time, if you are really interested to know the performance of the Governments. Others can always watch Times Now and Republic TV or check their WhatsApps for propaganda and tall claims.